Men’s Wedding Bands: What to Consider 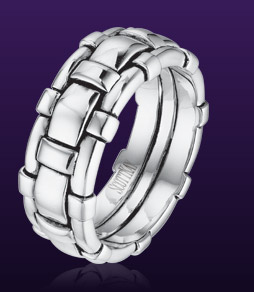 5,000 years ago, ancient Egyptians were exchanging wedding rings. They believed that the vein in the fourth finger lead directly to the heart, thus making a perfectly romantic place for a wedding ring. The tradition was passed down from generation to generation, from culture to culture, to the extent that what once was known as the “forth finger,” is now widely known as the “ring finger.” Lovers around the world still feel the romantic connection of the wedding band’s location on the ring finger as a direct artery to the heart.