Get the Golden Globe recap, along with the “look” from Roman Jewelers

The Jewelry Industry and stylists were tweeting all the jewels and styles from last night’s Golden Globes, for those of us that needed more closeups. If you couldn’t follow it all, read on to find out about the highlights-diamond fringe earrings and necklaces, diamond statement necklaces, platinum and Simon G.!!! 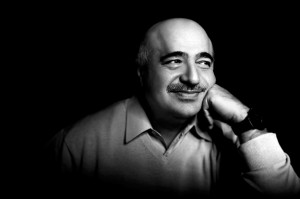 Roman Jewelers of Flemington and Bridgewater Commons will each host a Simon G. trunk show featuring the most recent line of Simon G. jewelry. Designer Simon Ghanimian (known as Simon G.) will be at the stores in person throughout both events.

Roman Jewelers will be collecting non-perishable food items during this event, as well as new, unwrapped Toys for the US Marines Toys for Tots drive. Please join us for the festivities and donate at the same time.

Simon G. has been named as one of the top ten designers that fine jewelers across the United States would most want to carry in their stores.  His creations are unique and delicate, and feature white diamonds, colored diamonds, and precious gemstones.  They are created as timeless designs that will become heirlooms, treasured by generations to come. Simon G. is known for designing the jewelry that women really want because he stays in close touch with the preferences of his customers.

Simon Ghanimian came to the United States from Beirut in 1976 as a young man with only $200 in his pocket.  He was able to use the jewelry skills he had first learned at the age of 14 to quickly start a job as a bench jeweler in New York City.  After a few years, he went to Los Angeles on vacation and decided to make the city his home.  In 1981, he began his own jewelry business and has experienced extraordinary success internationally.

Roman Jewelers is a family owned and operated store with locations in Flemington and the Bridgewater Commons Shopping Mall in Bridgewater. Roman Jewelers specializes in custom jewelry design, fine jewelry including diamond and bridal jewelry, designer jewelry and jewelry repairs.   The Roman Jewelers Flemington location also offers a wide selection of fine Swiss watches.  Additional information about the company is available at www.romanjewelers.com.

Passover starts tonight and Easter is almost here and we want you to look your best ! Here are a few ideas from our designer jewelry collection that will dress up your outfit. Whether your style is classic, sophisticated or playful, we hope these pieces will allow you to celebrate in style. What happened in Vegas is not staying there this time! Our experienced, fashion-forward jewelry buyers are bringing all of their great finds back from the Vegas jewelry show and our cases will soon be stocked with the latest in jewelry and some new brands.

Roman Jewelers is pleased to announce they have been selected as a 2011 ­­winner in The Knot Best of Weddings, a special section in The Knot North/Central NJ magazine and on theknot.com, the leading wedding resource that’s most trusted by brides. The award is based on customer reviews and nominations and review of product and services by The Knot experts.

One review from customer Katherine Schiavone said, “Sandy is the best thing that ever happened to Roman Jewelers. I had something very specific that I wanted for my wedding band and she found it!!! I receive so many compliments on my ring and it is all because of Sandy! If you go to Romans, ask for Sandy, she works Saturday and Sunday. You will walk away happy!”

Christmas and New Years are the most popular times to get engaged and many ‘guys’ came into Roman Jewelers to do their shopping this year. So far, we don’t have any requests for returns so the proposals must have gone well. Furthermore, the rings must have been well received by the ladies; which is fabulous news. Maybe all of those hints paid off! But really, his hard work, research, and decision to team up with a Roman Jewelers’ sales consultant ensure a good choice and a happy fiancé. So, here’s the report on what was hot in Central Jersey!